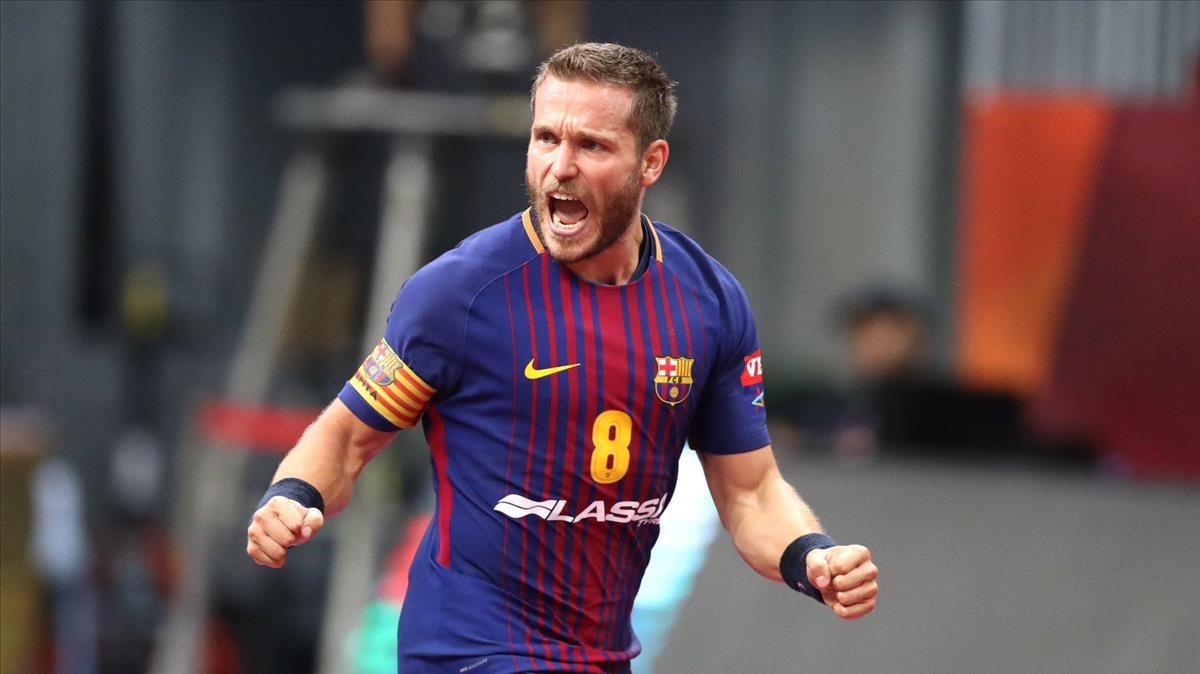 While we still await the green light to resume handball activities, our GD family reunited virtually once again for another Q&A session with handball professionals. This time we had the honour of talking with FC Barcelona icon Víctor Tomás - one of the best right wingers in the world.

For many, Tomás has been the epitome of Catalan handball and FC Barcelona. In his 18 seasons with the club, eight as captain, Tomás has won nothing less than 67 trophies including three Champions League titles, 11 Asobal League titles and 10 Copa del Reys. In short, Tomás knows a thing or two about the handball game.

We would like to thank Víctor Tomás for the chat about his incredible career and wish him good health in life after handball!

Lack of Height - No Hindrance

Tomás found his way into handball thanks to his father. Briefly tempted by football, he stuck with handball and started to become more involved with the sport as he saw Valero Rivera's Barça Dream Team take home five consecutive ASOBAL championships.

Standing 178 cm tall, his short stature pales in comparison to other handball players. Earlier on, this lack of height also made people doubt his ability to achieve success in handball, “but this made me try even harder,” Tomás says. Since then, Tomás has put all doubts to rest with his enormous success on court, even taking on the role as second defender against players twice his size. “It feels great to beat other players to that position in defence,” Tomás says and adds that it’s actually the smaller opponents who cause him most trouble.

“My Legs are my Biggest Strength”

The key to Tomás’ success on court is not his wrist, arm or technical abilities as many would think, “my legs are my biggest strength,” he says and explains that strong legs are what make him capable of taking on physically stronger players in 1-2-1 situations. Tomás also shared a couple of exercises to improve jumping abilities and sadly for some of our players he confirmed that “the typical squats are also useful.”

Although Tomás doesn’t consider his technical abilities better than average, our players certainly do, as we were all keen to hear his advice on how to better read goalkeepers to improve our shooting techniques. “I never liked watching too many videos on goalies,” Tomás says and explains that it often makes him overthink. Instead he prefers taking advantage of the jump to act in the moment and make a suitable decision.

Tomas does admit that Thierry Omeyer during his peak days with Kiel and the French national team could give him sleepless nights. “The intimidation factor he had on players was amazing, it was crazy,” Tomás adds when describing the French ‘Die Mauer’ (The Wall).

Barça to the Core

Tomás is a club legend in his own rights. Since his professional debut with Barcelona in the 2002/03 season, Tomás has enticed the Blaugranes with quick pace, tireless fight and eminent play. He has become the heart and soul of the team. This to such an extent that other clubs hold off attempts to sign him. “I never received offers from other clubs,” Tomás says and adds that he also never put himself on the market. It seems there has always been a mutual understanding that Tomás would never leave the club. “Barcelona has everything I need,” Tomás concludes.

During his career, Tomás has met many great coaches, but he still fondly remembers two from his youth, who pushed him to improve and taught him the values and meaning of being a FC Barcelona player. “Practice hard and play harder,” Tomás says and stresses the importance of always doing your best “because being second in Barcelona is a bad result.”

All the hard work did come to fruition, as Tomás thinks back to Barça’s amazing 2015 season where the club won everything and took home 7 trophies. “As a Barça fan since childhood, lifting the cup as captain was amazing,” Tomás recalls.

As a senior player, he’s had the privilege of working with Valero Rivera, a coach he calls one of the best ever in the handball world. “Valero gave me a chance to be part of the Dream Team,” Tomás says and lights up talking about how he finally played with people he used to watch as a kid. Discipline is one value his time with Rivera taught him. “No mobiles, no headphones on the bus or sunglasses when walking with the team,” Tomás recalls and jokingly describes Valero’s coaching style as “almost like the military.”

Another coach influencing Tomás as a player, is his current coach at Barcelona, Pasqui, who saw something in him that other coaches didn’t when he gave him a bigger role in defence. Tomás says that Pasqui managed to give him a lot of confidence to fill the role and that it has made him “feel much more complete as a player.”

Having Fun is Important

Routines are essential as it helps players focus to be in their right state of mind to play. ”Everybody has their own rituals,” Tomás says before adding that he ensures to keep some routines such as giving ‘high fives’ to team mates in the same order before games. On the other hand, Tomás also believes it’s important to have fun and adds, “it’s a bad thing when practice and games become a routine.”

Tomás’ own advice to players is for them to play what they know and as well as possible. “Don’t do things that other players do,” Tomás adds and contributes a lot of his consistent performances to the fact that he doesn’t try to do things he can’t do. When having a bad day on court, Tomás reminds himself that handball is a team sport and adds that “if the coach keeps you on court, it’s because he sees something in you.”

At a press conference in February earlier this year, the Barça captain sadly announced that he will retire at the end of the season due to health reasons. His mark on the club was evident, as he received a standing ovation from officials and club members when speaking to the press. His legendary status was further cemented as the club decided to retire his number 8 shirt.

So what does the future hold for Tomás? It’s still uncertain, but he doesn’t expect to take on a coaching role, “it’s too difficult to be a good leader as coach,” he explains. Tomás does however see himself involved with sports management. “My role in the organisation isn’t clear yet,” he says, but makes it clear that he would like to continue his career off court with the club so dear to his heart.