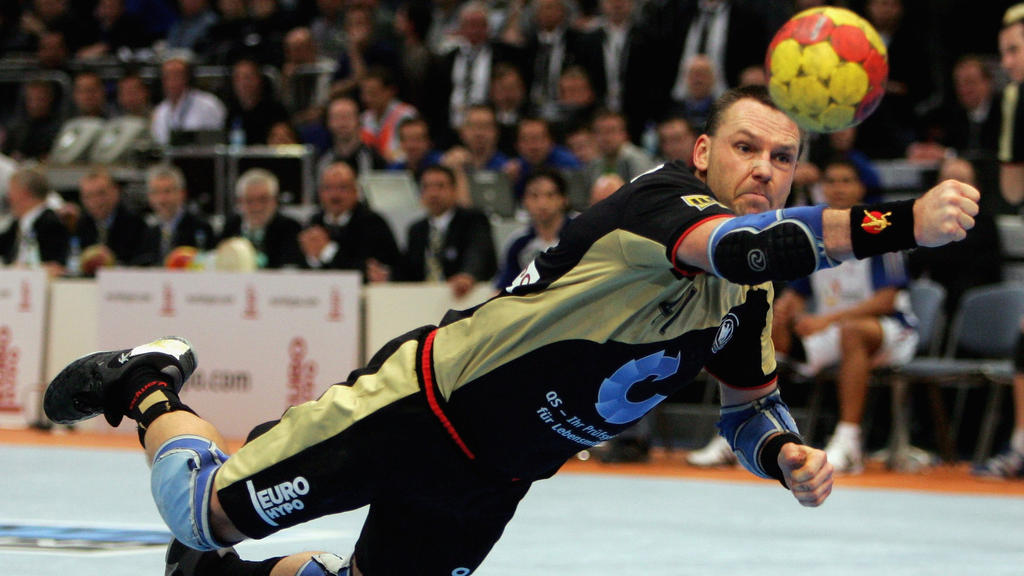 The London GD Q&A is back once again, this time welcoming our first German handball professional, Christian Schwarzer, former FC Barcelona, TBV Lemgo and Rhein-Neckar Löwen player. The now-retired line player has participated at six World Championships, five European Championships, three Olympic Games and scored 949 goals for the German side. It’s safe to say, we are joined by one of Germany’s most successful line players.

Christian "Blacky" Schwarzer, we were in great company last weekend! Thanks for your time and for openly sharing many fantastic handball stories from your amazing career in Spain and Germany.

The Braunschweig born handball legend was part of the handball game for many years before stepping down as champion at the 2007 World Championship. Among the many international games, Schwarzer’s national debut in 1989 was particularly memorable, as it was against the German Democratic Republic. “The relationship was really good between the two teams,” Schwarzer recalls and adds, “it was special for me because I was up against players I had only seen on TV and in newspapers.”

From being one of the most successful handball countries in the world, achieving success at both club and national level, Germany has struggled to go all the way to the top lately. “There are many new clubs such as FC Barcelona and Paris (PSG) who have money to buy the best players,” Schwarzer explains but adds that current Handball-Bundesliga champions THW Kiel has potential to win the Champions League in near future. “German handball is getting better and coming back to better times,” Schwarzer says optimistically.

Coming to Barcelona from German handball, Schwarzer encountered a pleasant surprise at his first training session. “In Germany you bring everything in a bag to training,” he explains and continues, “coming to the locker room (in Barcelona), all your training clothes are there.” Soon after Schwarzer learnt that this kind of premium treatment came with higher expectations, “some training sessions in Barcelona are even harder than the matches in the league,” he adds. Having won just one title with his previous team, TV Niederwürzbach, Schwarzer also quickly had to adopt a new winning mentality as “the word ‘lose’ doesn’t exist in Barcelona,” he explains.

For many years, the German handball league has been considered one of the strongest in the world due to its high level and competitiveness. From his experiences with both the Spanish and the German league, Schwarzer agrees that there is a lack of competition in the Spanish Liga ASOBAL. “From my time and even now, it’s possible for FC Barcelona to win 80 league games in a row,” he says and continues, “whereas in Germany, the bottom team has the possibility to beat the first.”

Schwarzer dreamt of playing in Spain from early on in his career and even took Spanish lessons before joining Barcelona in 1999. “The welcome in Barcelona was perfect,” Schwarzer remembers and adds that he received a lot of help from Swedish handball legend, Tomas Svensson, who lived nearby. “I got a lot of help from everybody, so it was very easy,” Schwarzer says when talking about his integration into a Spanish team with few foreign players at the time.

With its good reputation, the German league has managed to attract many foreign players over the years. Some might think that the influx of players from outside negatively affects the development of young talents, as they struggle to get playing time. “Many clubs changed their mentality and have started to work with young German players ,” Schwarzer explains with little concern and adds that there is also a financial benefit to signing younger players rather than expensive foreign players. “A lot of German coaches like to work with young German players,” Schwarzer adds and continues, “they have the ambition to get better and play in the first league and the national team.”

“First of all, you need talent,” Schwarzer states when asked what it takes to make it in handball. However he also believes that players need courage and the will to practice more than their peers. “I had the possibility to train 2-3 times more than other players my age,” Schwarzer says and adds that he spent the extra training in Fredenbeck learning from foreign teammates such as former Polish national player, Zbigniew Tłuczyński. ”He showed me small things that became so important for me as a line player,” Schwarzer says and names Tłuczyński as one of his best teammates who was also “like a father on court.”

From discipline and hard work to tough defeats and glory with the club and the national team, Schwarzer handball career has brought him many unforgettable memories. What stands as his career highlight? “My most important medal is the silver medal in Athens in 2004,” Schwarzer says and calls participation in the Olympic Games “an experience you can’t describe in words.” Maybe this is also why one of his worst moments is the quarter final loss at the 2000 Sydney Olympics where Germany narrowly lost to Spain in the last second.

Good or bad, these moments are all part of Schwarzer’s handball memories in a remarkable handball career and what a privilege it has been for our GD family to have Schwarzer share these with us.